Founded in 2012 by Jason Matthys, Equilibrium Genetics is based in Mendocino County, California. All seeds available from Equilibrium Genetics are the product of years of collecting, preserving and hybridizing rare cannabis genetics from across the globe. These hybrid, heirloom, and landrace cannabis seeds are created with the goal of helping people legally access a wide variety of cannabis genetics for generations to come.

Jason Matthys has a background in cannabis policy activism. In his hometown of Woodbridge, Virginia, Jason became involved in the cannabis movement where he founded a chapter of Students for Sensible Drug Policy (SSDP), while organizing political and educational events in Northern Virginia and Washington D.C. He is a former organizer of the D.C. Marijuana March and a recipient of SSDP’s Outstanding Activist Award.

In 2014, Jason began organizing the cannabis movement in Santa Cruz County to defend the rights of patients and cultivators. In coordination with many other activists, he founded a now defunct organization known as the Cannabis Advocates Alliance. This group of activists helped to organize a successful local referendum to overturn a cannabis cultivation ban in 2015.

Jason continues this work through local, State and National organizing efforts aimed at continuing the legacy of cannabis reformers from previous generations. He promotes policies that expand the rights of home cultivators, remove barriers of entry to the cannabis industry, and allow for the compassionate gifting of cannabis to those who cannot afford it.

“So, I took a top from my last standing girl in the garden this morning. 100% Organics. She’s getting the special treatment, that exclusive stuff. Equilibrium Genetics Fire Ice x Melted Gelato – sure does have a Halloween vibe, right?” – Kandid Kush Studios Kandid Kush Studios a is full-service photography studio responsible for creating […] 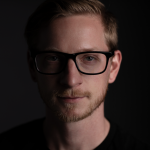 “We are proud to work with Equilibrium Genetics because they offer such quality, and also sought after genetics!”